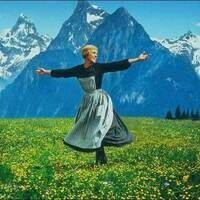 Auditions for The Sound of Music - EC Theater Arts Program

The Emmanuel College Theater Arts Program proudly announces auditions for our Spring 2020 musical production, The Sound of Music. As always, auditions are open to all Emmanuel and COF students.

Primary auditions will take place on SUNDAY, NOVEMBER 10 at 2 pm in the Auditorium.

Students will be asked to sing 32 bars of a traditional Broadway song, preferably in the style of Rodgers & Hammerstein or other classical Broadway composers.

If you do not have sheet music, songbooks will be available at the audition for you to choose from. If you wish to be in the cast but prefer a "non-singing" role (a character with a solo or featured song), we ask that you at least still allow us to test your range, as all cast members will sing as part of the ensemble, where needed.

A vocal callback will also happen on November 10th, later in the day, in which actors may be asked to sing specific music from the score. Individual call times will be announced. Actors may also be asked to do cold readings from the script at that time.

An additional callback may take place for some actors on Monday evening 11/11, if deemed necessary. This callback may include a short dance audition for specific characters.

Auditions for the younger von Trapp children will be announced soon. These auditions will be open to the general public and to children of Emmanuel faculty & alumni. If you have a family member or acquaintance under the age of 14 who would like to audition, please let us know, so we can add their parents to the contact list when we have a date settled.

Maria Rainer (soprano) a postulant at Nonnberg Abbey who becomes the von Trapp family governess. She has a zest for life and finds it hard to follow rules. Must move well.

Captain Georg von Trapp (baritone) a retired captain of the Royal Austrian Navy, a widower with 7 children and an intense need for discipline. Must move well.

Max Detweiler (tenor/baritone) a man who enjoys the good things in life, but has no money of his own. He uses his charm and good friends/connections get what he wants. Sings in the stage version.

Rolf Gruber (low tenor) 17 years old, a telegram delivery boy, who has strong feelings for Liesl. He later joins the Nazis and appears in uniform. Must also be able to dance.

Mother Abbess (operatic soprano) A kind, motherly, older woman, who is also strong and authoritative. Please note, this role has already been cast.

Sister Berthe (alto) Mistress of Novices, she is more stern than the other featured nuns and has a quick and biting wit, and serious doubts about Maria's place at the Abbey. Should be able to move well.

Sister Margaretta (mezzo) Mistress of Postulants, a kind, understanding sister, genuinely concerned for Maria. Should be able to move well.

Sister Sophia (soprano) A rule-follower, but not demanding or critical. Should be able to move well.

Franz (non-singing) the von Trapp's butler. A formal man, loyal to the Nazi cause. Has no solos, but will sing with the ensemble.

Frau Schmidt (non-singing) the no-nonsense housekeeper to the von Trapps. Strong & a little domineering, does her job without affection for the family. Has no solos, but will sing with the ensemble.

Herr Zeller (non-singing) a stern, unsmiling Nazi official whose life mission is to make everyone follow orders. Has no solos, but will sing with the ensemble.

There will also be a chorus of nuns, party-goers, and some additional characters who have interesting moments.

no tickets needed; no cost for students